Long time, no hear eh?
It’s a burnin’ summer here folks and heatwaves make me lazier on the writing front…
Here, I gotta talk about this chap who calls himself Cruel Britannia and is, (you’ve guessed it, if you don’t know him yet) an internet radio show presenter, DJ at actual events & gigs when asked, occasionally remixes stuff for bands and invented the foundations for something called World Goth Day. 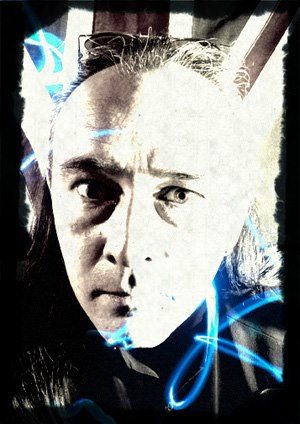 He started at The Giffard Arms in Wolverhampton as resident DJ of Seven Deadly Hertz (7DHz) and Hex In The City spinning goth, deathrock, alternative '80's and industrial from 2003 to 2007 and also running an '80's night at the Giffard Arms called 'I Wanna F*ck Debbie Harry' & 'Pandemonium' at The Haygate in Telford.
His DJ sessions usually revolve around 80's & 90's goth and alternative 80's genres, but can include (where appropriate) goth from 2000+ onwards, deathrock, guitar-based industrial and synthpop (not hard electro or 'oontz-oontz' EBM). He is mostly addressing to the ones who were 'getting their goth on' in the '80's & '90's. 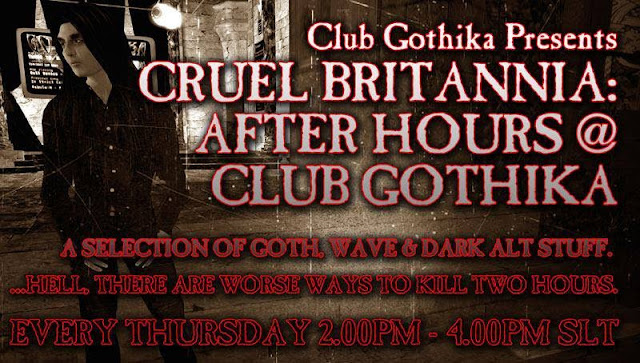 He is currently a resident DJ in Second Life at Club Gothika, a virtual club owned by the awesome DJ Bronxelf who was behind the World Goth Day event in Second Life and raised quite a lump of money for the Sophie Lancaster Foundation in doing so.
Catch him live on the waves at:
http://aqua.neostreams.info:8036/listen.pls.
or on his famous Fadeout series here:
http://fadeout.podomatic.com 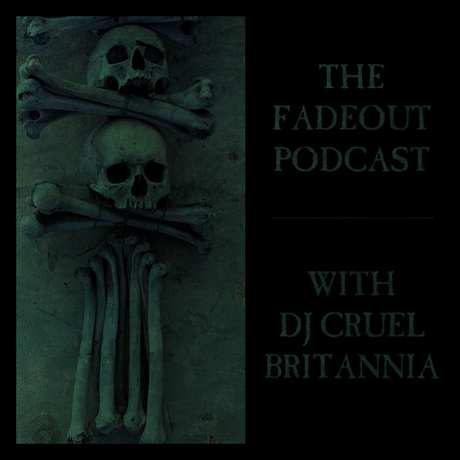 or even at
http://theotherfadeout.blogspot.gr
on the famous Radio Nightbreed
and listen to proper music, you obnoxious little pretenders!

Posted by Yorgos Panteleon at 7:02 PM No comments:

The way they use to promote stuff...(Play Dead)

At the time gothic rock flourished back in the early 80's, there was of course no internet and thus no fuckin' FB and the lot... Bands, to a larger or smaller extent, tried to promote merchandise with means like the following A4 photocopied page. "Xeroxed" we use to say...
I've already published one such by Asylym (see rel. page) and this one, I recently found by chance in an old Play Dead vinyl I played. 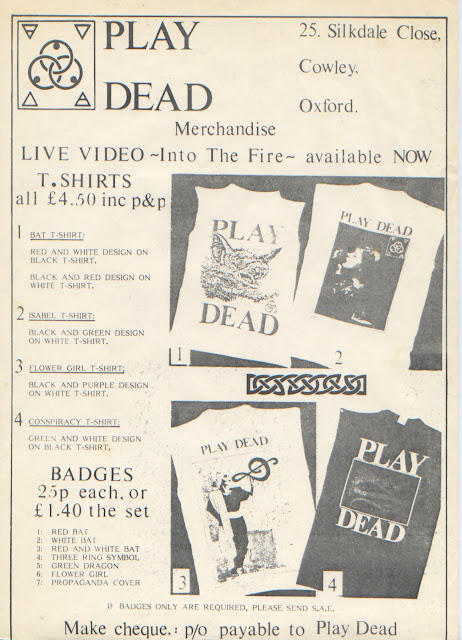 To date this flyer, the vinyl in which it was found is not relevant. The video which is mentioned was released in 1985 and this should be the proper date of the flyer too. 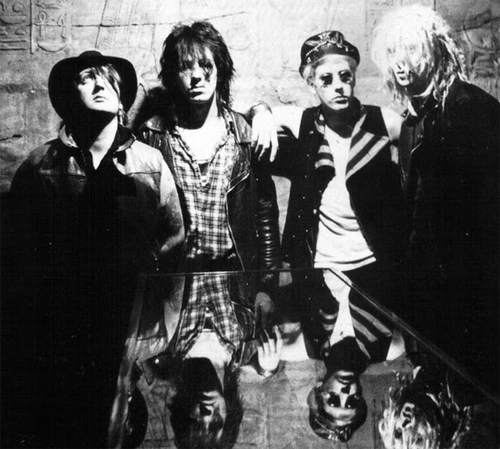 Play Dead was a british band from Oxford who made a handful of excellent releases (LP's and 12") before they sank into oblivion. They found amusing, like a few notorious others (...) to deny their gothic rock tag. They often had a very melodic vocal line amidst a maelstrom of sharp guitar sounds. They must have been Killing Joke fans I believe... A very underrated band which I adore and I think are worth to be rediscovered...
There is still an unofficial page with lots of info about them if you care:
http://www.companyofjustice.com

How I love to discover accidentally such little treasures...

Posted by Yorgos Panteleon at 1:01 AM 2 comments:

In 1985 right after quitting The Sisters of Mercy, Gary Marx joined forces with Anne-Marie from Skeletal Family and formed, short lived Ghost Dance as every decent old goth on the planet knows...
Their third release was "The Grip of Love" on Karbon Records 31 October 1986 (hey that's Halloween and... my B-day!)
The 12" version of this release was adorned with  this sleeve: 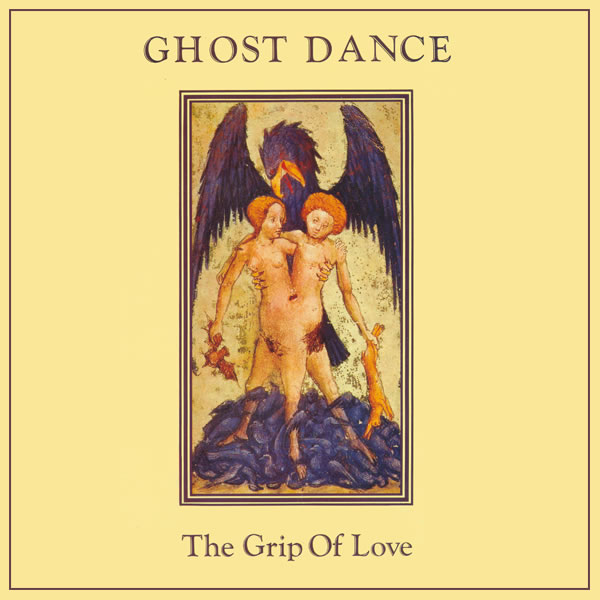 The illustration used on it depicts an hermaphrodite and was  the cover of a famous 14th century publication, now entitled Aurora Consurgens. 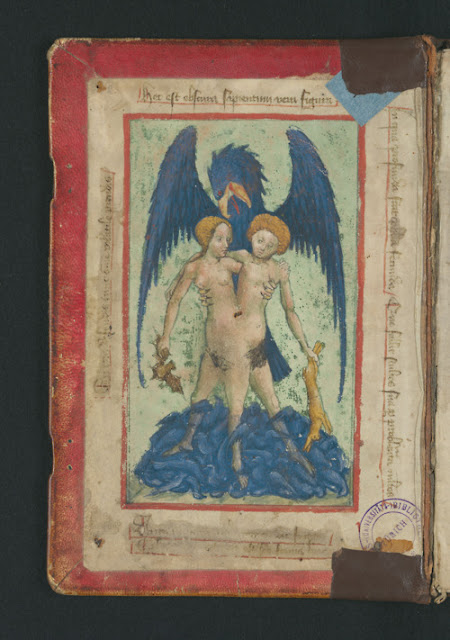 Aurora Consurgens is an illuminated manuscript of the 15th century which can now be found in the Zürich Zentralbibliothek.


The Aurora Consurgens is one of the earliest emblematic alchemical manuscripts. It is dated to the early 1400's. It has become well known for its thirty-eight miniatures in watercolour, a strange series of engaging allegorical images all representations of alchemical elements depicted in human or animal form, which the contemporary mind sees as surrealistic and enigmatic. In fact it was a sort of code addressed to mystics e.g. mercury is depicted as a serpent; gold as the sun, silver as the moon etc. 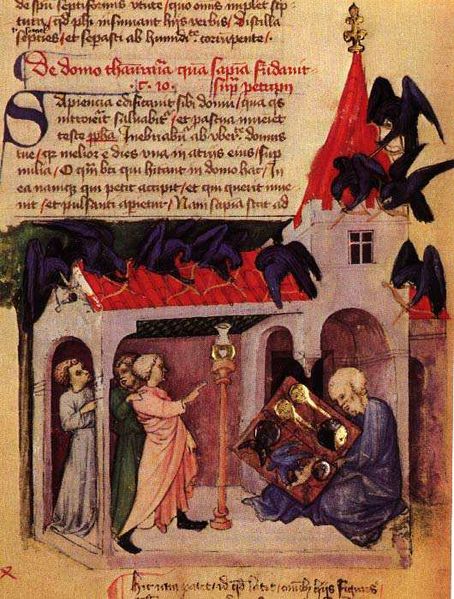 The work became known towards the end of the 20th century through the work of a Jungian psychologist, Marie-Louise von Franz, who issued an edition of it which was translated into English as Aurora Consurgens : a document attributed to Thomas Aquinas on the problem of opposites in alchemy (now attributed to a writer called the "Pseudo-Aquinas"  if you care...)
Except for "our" Ghost Dance, brazilian symphonic power metal act ANGRA released in 2006 a cd entitled Aurora Consurgens... 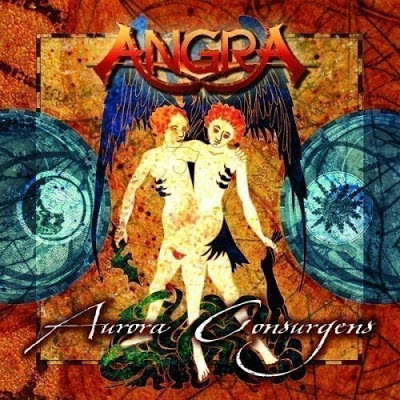 That's all for now my little alchemists!

Posted by Yorgos Panteleon at 5:53 PM No comments:

Hi there,
As I am preparing my new update about... No, I won't say it yet, patience is a gift!
I thought it was my obligation to let all of you who leave comments or have done so in the past, that I'm facing problems of technical order, in contacting you back.
So, you can of course leave any comment you please on the blog, but if you'd like me to contact you back, please contact me though the blog's facebook page:
http://www.facebook.com/80sGothicRock 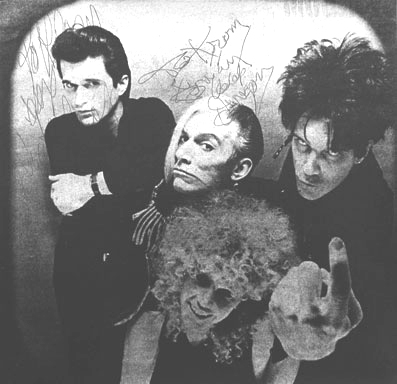 Email ThisBlogThis!Share to TwitterShare to FacebookShare to Pinterest
Labels: http://www.facebook.com/80sGothicRock

Last summer I started the "Gothic Rock Forefathers series” where we spotted and remembered all those, essentially ‘60s and '70s bands, that "prepared" mostly aesthetically the ground for the original gothic rock era of the '80s. We started with Black Sabbath and now I’ll claim that Blue Oyster Cult had an important  and significant amount of elements that justifies a Forefathers of Goth title.

An obscure little band by the name of Soft White Underbelly evolved into BOC (I’ll use the abbreviation ) in NY city in 1971. They went down music history as a “clever hard rock” outfit and were one of the first to use the term “heavy metal” when it was still hip and cool and deprived of too much nonsense…

From their early days and in all their releases they displayed a strange symbol along with the (in some cases Gothic) band lettering, whose origin and meaning remained unexplained by the band for several years. They later on revealed that it was a modified version of the astrological and alchemical symbol for Saturn (Cronus). 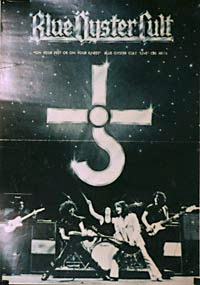 Several of their sleeve covers had references to occult elements and images that conveyed a sense of mystery. See a sample... 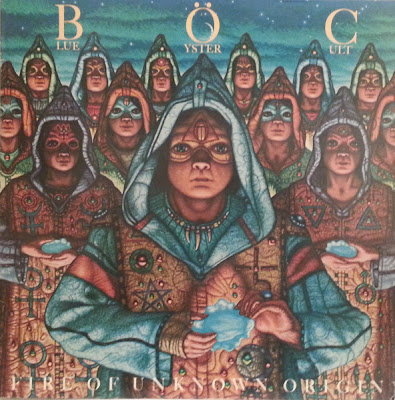 An outlandish mood and a galore of symbols for "Fire of Unknown Origin" LP in 1981...
Note the appearance of this odd circle on the back of this same album. That was years before a certain Mc Coy made magic circles trendy and, nowadays, a must for similarly sounding young bands… 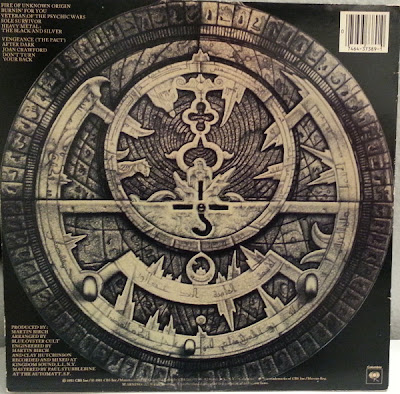 Check the use of dry black backgrounds and typographically styled lyrics excerpts in 1973... 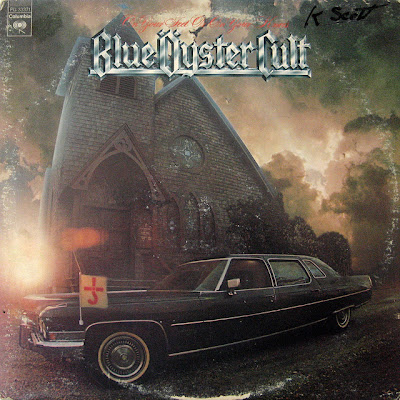 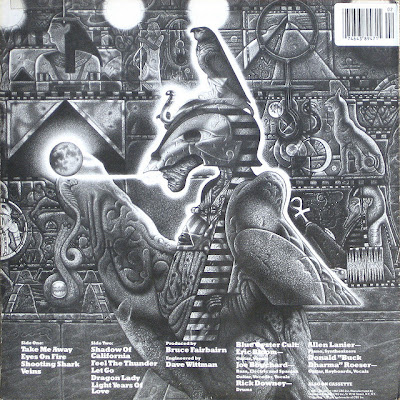 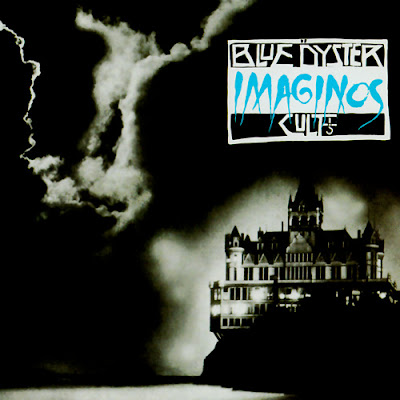 Most important though it's their music and sound. That’s what it (should be) all about. BOC played a very particular and sometimes weird version of early metal that often used dissonant parts and sudden changes. Their sound was alternating straight strong chords and riffs with dark and moody parts. Diversity and doing the unexpected was in their agenda all too often. They could at will get miles away from the classic rock sound of their contemporaries.

Just listen to songs like Astronomy (a masterpiece!), The Revenge of Vera Gemini (co-written with Patti Smith who collaborated with them for a period), Don’t Fear The Reaper (the ultra classic covered much later by HIM), Unknown Tongue, Veteran of the Psychic Wars ( co-written with legendary sci-fi writer Michael Moorcock), Joan Crawford (who has risen from her grave!) and tell me if the mood we seek in goth rock isn’t already there…

To conclude let’s check some of their lyrics too…

"Workshop Of The Telescopes"- Blue Oyster Cult, 1972
By silverfish imperetrix, whose incorrupted eye
Sees through the charms of doctors and their wives
By salamander, drake, and the power that was undine
Rise to claim Saturn, ring and sky
By those who see with their eyes close
They know me by my black telescope

"Divine winds"- Cultosaurus Erectus, 1980
Anxious lovers, bums in the street
Jackals in waistcoats, men in sheets
Purple mountains, waves of grain
Grace of God, thy will be done
If he really thinks we're the devil, then let's send 'em to hell

"Lips In The Hills"- Cultosaurus Erectus, 1980
Up in the sky, beyond the chasm
My eyes behold, a rare phantasm
The godless night, the night that I saw [repeat as above]
I am gripped, by what I cannot tell
Have I slipped or have I merely fell
I've been tricked, my senses telling lies
I've been (stiffened?) by serpent's soundless cries

"The Siege And Investiture Of Baron Von Frankenstein's Castle At Weisseria"- Imaginos, 1988
On the terminal point
Of the cul-de-sac
Patients are dying
The horses are dazed
From the glare of stars
The starry wisdom
Owned by the Baron
And he's got the cure
A drug by the name of World Without End
Posted by Yorgos Panteleon at 1:19 PM 1 comment: 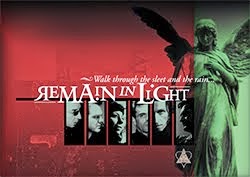 Other pages of interest